Almost to the Home Stretch! 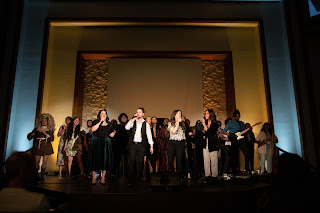 We're deep in the Spring Semester! We just finished up our 8th annual Showcase fundraiser. It's that time of year where we're raising funds to send our students to the SICM leadership conference in Washington state! It was the 7th year that I've worked on it and the bar just keeps getting higher and higher each year. The performances are crisper, the show is engaging, you'd never expect a small little campus ministry like ours could pull off a show like this. Over 800 people came and we were able to net over $27,000 to help send our students. What a great gift from God that we have such a generous community to be a part of. If you want to see the show, you can go to anyfocus.org/showcase to catch a recording of it, it's totally free just open to donations. 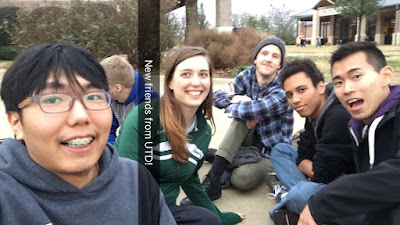 Obviously, the other big part of ministry is the relationships! While I know the good and the benefit that comes from being able organize and run big events, the bread and butter of our ministry and what I love most is the relationships I get to build with students. I was talking with one of our students, Sion, a few weeks ago and as we were talking he asked if I remembered when we had met. I told him that I didn't, but as he described who was there it sparked the memory in me. And he even had a picture to prove it! It was over 8 years ago that we had met at a winter camp and I had just come back from a semester in Washington DC my senior year. In that picture is my good friend, Sarah, who I had gone to school with and was now in her first year working with FOCUS at Denton. Since then she has gotten married, had a kid, and is still on staff with us here back at UTD! The guy in the beanie in the back is Drew, who was just an itty-bitty freshman in the picture. He had just joined a core because his girlfriend had told him to. It happened to be the core that I was going to help lead that semester and he was one of the students that I would reach out to study the Bible with. After that year, he would go on to lead core for the next three years at UTD, marry that girlfriend who made him go to core, both of them do the apprenticeship at UTD, and move to Denton where they still serve as campus ministers to this day. You never know what God is going to do with the people he puts in your life. But if you remain faithful you may get to see the fruit that some of them produce. Such an amazing privilege to get to do this on the college campuses! 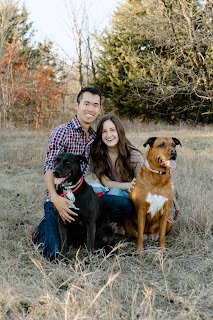 As always, thank you guys so much for supporting me in this. It's because of you guys that I get to be a part of this. These events and relationships all take an enormous amount of effort but the investment is worth it. Just as I hope you realize that your investment is worth it. People's lives are being changed by encountering our living God who takes our small efforts and does big things with them. So thank you guys so much for all that you do for me and for God's kingdom!