Hold On To Your Hats!

Oh boy, has it been a crazy season!

What does spring semester hold for campus ministers? A ride that goes from 0-60 in seconds and doesn't slow down. It's leadership selection season and so we're in full swing of raising money for leadership development, inviting students to become leaders in our ministry, and investing in them now and casting a vision for them as leaders.

This year it's going to look different! Usually, we would be sending our students to SICM (Student Institute of Campus Ministry), a leadership conference in Bellingham, WA. But with COVID still disrupting thing, SICM won't be happening in-person. As we contemplated what we wanted to do, we knew that our students would not be getting the most out of the experience by sitting on zoom for 6-8 hours a day for five days. So instead, we're putting on our own SICM conference here in Texas from August 8-13! We've looked at multiple camps and settled on Camp Eagle west of San Antonio. But just as we raise money for sending students to SICM in Washington, we need to now raise money for students going to SICM in Texas. Thankfully, it won't cost as much, but we want to come out of the pandemic swinging with as many capable student leaders as possible! Like most churches, ministries, and businesses, this pandemic has curbed our momentum, but with God's grace it hasn't done as much damage as we feared it would. But we hope with SICM, we can develop leaders who haven't gotten the full ministry experience this past year and teach them to live out the values of a disciple of Jesus, and then we can start next year with a bang. 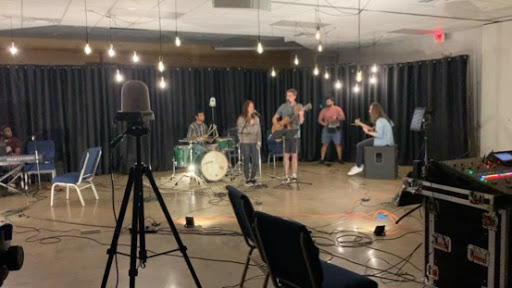 So to raise money, we are still having our annual Showcase fundraiser this year! Every previous year, it's been a live concert, but this year we've moved our talents online. This will be my sixth year running the show, and let me tell you, it's only gotten better and better each year. I definitely did not enter campus ministry looking to be a music video producer, but to raise money for student leaders, we're going to make the best music video-esque live concert we can. So I'm super excited to put it on. I hope you'll tune in wherever you are! It's going to be live at 6:30pm Central Time at anyfocus.org/showcase! Pre-show starts at 6:00pm! You'll be able to catch a brief interview with me if you tune in for the pre-show! 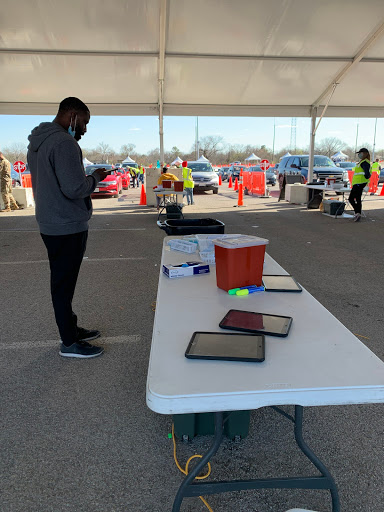 I was able to volunteer at our vaccine mega-center for two full days and received my first dose of the vaccine. I'm hopeful that this summer I'll be able to visit many of you! It was such a discouragement to not get to see so many of your faces last year. But you guys have been so faithful and continued giving even when things looked tight, the future was uncertain, and how ministry would work was unclear. But this past year, I trust that God has been doing something else, something more important than just continued numbers growth. And I thank you guys so much for being so generous and allowing me to continue working for God's kingdom here in Texas. 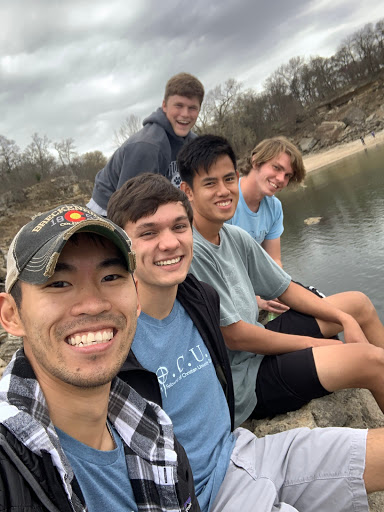 This past week I was able to go camping with a few guys from my small group from last year. Because of online school, many of us are no longer in Dallas, but spread all over the state. However, five of us were able to make it. We got to catch up on how our year of ministry was going, what God was teaching us, the ups and downs that we had experienced, and poured back into each other's lives. During our trip, I was able to coordinate with one of our other guys in Austin to visit him as he was doing less well this semester. I posed the question to the guys, "Would anyone want to drive 3.5 hours with me to Austin to have dinner with him?" Three of the four immediately said yes. We ended meeting in the middle the next day in Waco, but still that they would accept a four-hour roundtrip just to spend a few hours with one of our guys reminded me of Jesus and the one lost sheep. It doesn't matter the cost, the one is worth it. This is what God is doing here, and I'm thankful just to be a part of it.